There are plenty of famous dyslexics, but there are even more everyday folks who’ve succeeded in their field, in spite of – or because of – their dyslexia. Find out their stories in our interview series.

What do you do for a living?

I split my time between supporting adults with learning disabilities and working at Crow Recycling Scrap Store in Coventry, which provides recycled materials to artists, community groups and schools to use in arts, crafts and play. I’m an artist by training, and I’m passionate about handmade and upcycled things, especially jewellery.

At the Scrap Store, I teach people with learning difficulties how to make things, which we sell here at the store, at festivals, and online. It’s a great way to boost their confidence and show them a way to make some money.

How did you get into that line of work?

I struggled at school and went straight into work. But, after having my kids, I went back to uni. I studied jewellery and wearable art at Coventry University, where I got a First.

When did you first realise that you learned differently to other people?

I didn’t think I learned differently; I just couldn’t do it.

In primary school, the work was no problem, but, in secondary school, I found I just couldn’t do it. So I just stopped going to school. I wasn’t wagging; I wasn’t down the fields having a fag, being naughty. I just went straight home. Nowadays, they call it school phobia.

I ended up at a residential school for a while, where they really pushed the arts side. They were understanding, but there was still no mention of dyslexia.

It all clicked into place

It wasn’t until I went to university that I was tested for dyslexia. It all clicked into place. I went, ahhh, okay, that might be what’s the matter with me!

Do you have a formal dyslexia diagnosis? When were you diagnosed?

At uni, I was assessed by an Educational Psychologist. She said I had above-average vocabulary, but she didn’t know how I’d managed this long without support!

When you were first diagnosed, how did you feel about your dyslexia?

I was proud. It wasn’t that I was thick, it was because there was something the matter with me.

How has your view on your dyslexia changed (if at all) since then?

I didn’t really know much about it at the time. But, since then, I’ve worked in special needs schools and seen that it’s not just writing or spelling, it’s a wide range of things, including organisation.

Both of my kids have gone through school and their dyslexia didn’t get picked up until college. This is despite the fact that I said, at every single parents’ evening, they’re dyslexic, and the teachers said, no, they’re not, because they can spell and they can read. 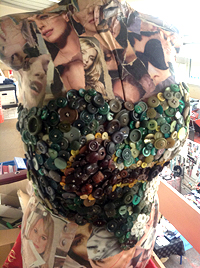 How do you think your dyslexia has influenced your life positively?

It’s made me a good, empathetic teacher with people who have got learning disabilities of all sorts. Whatever their difference is, I’ve got a little bit of an understanding of what they’re going through.

The ability to keep going, despite setbacks, has been ingrained in me from an early age, because you’ve got to find a way around dyslexia.

What are the most important things that have helped you to deal with your dyslexia?

Just knowing there was a reason I wasn’t thick was important.

What do you wish people would better understand about dyslexia?

My desk might look messy, but I know where things are

I wish people would understand that it’s wider than just reading and writing. For example, I organise in a different way. My desk might look messy, but I know where things are. And I can still work with a messy desk – it doesn’t make me a bad person or a disorganised person if I’m messy.

What would you say to your 10-year-old self now?

If I had to give some advice, I’d say: get more help. If someone would’ve helped me at school, or even if I’d understood why I found it hard, I would have done more revision and made more of an effort, rather than just going, oh, I can’t do it. 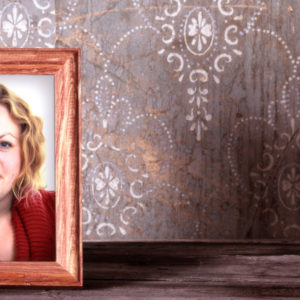 Defeat Dyslexia! author Holly Swinton shares her story of growing up with dyslexia. When I...