You’ve read definitions of dyslexia, you’ve gone through our 5-minute dyslexia checklist, but still you may be confused… How can you recognise dyslexia ‘on the ground’? What does it look like in practice?

Here’s a rundown of the most common and easy-to-spot signs of dyslexia:

A gap between intelligence and progress at school

The classic profile of a dyslexic person might be Richard Branson, who left school with few qualifications, but was so intelligent and driven that he became a billionaire businessman.

Obviously, Branson is an extreme example, but this pattern – clearly bright, but not good at school – repeats over and over in the dyslexic population.

Not all dyslexic children will be at the bottom of the class, but – without the right support – all are likely to be performing at a lower level than they should be.

Don’t forget the ‘compensating dyslexics’, either. These dyslexic children compensate for their shortcomings by putting in extra time and effort. Often, compensating dyslexics can fool teachers and parents into thinking they’re more confident at reading, writing or maths than they actually are, but they’re still likely to have missing basics…

Even a dyslexic child who appears to be doing well in school may be missing knowledge that a younger or less intelligent child would know inside-out.

In maths, he may not know his times tables or number bonds (e.g. two numbers that add up to ten), and may have to use a piece of paper to work out even a simple sum.

When reading, he may make ‘silly’ mistakes. He may be able to read some long, complicated words correctly, but misreads some short, easy words.

The ability to tell the time (on an analogue clock face), automatically and with ease, is another basic skill that many dyslexic children never quite master. 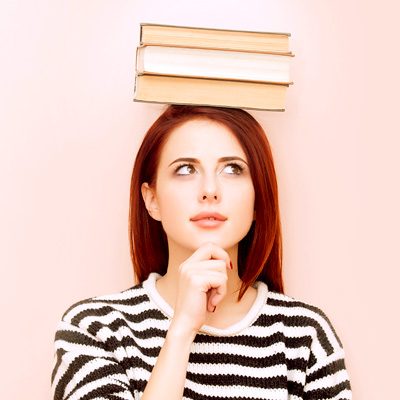 Most dyslexics, even those who struggle more with maths than English, tend to have issues with reading.

With a younger child, this might mean she loves ‘story time’, but won’t read alone or out loud. An older child might listen to audio books or podcasts instead of reading. Or she’ll be very picky about the type of books that she reads. (If it has small print or if it’s longer than average, she’ll toss it aside.)

Even dyslexics who have built up good strategies for reading (or, at least, have fooled the world into thinking they’re strong readers) won’t be able to read quickly. Therefore, they are likely to get less pleasure from reading than their peers who are of similar intelligence.

A dyslexic child may come across as uncommonly forgetful. He’ll fail to remember a series of instructions; he’ll forget his homework assignments (he might forget he even had a homework assignment to do); he’ll get lost, or arrive late.

As a parent, you may be overly familiar with the scenario of telling him to go upstairs and do something, only to have him come downstairs a few minutes later, having forgotten why he was up there.

This is not ‘forgetfulness’ as many people understand it. It’s evidence of weak working memory and slow processing speed – both of which are key dyslexia traits.

Spelling is usually a bugbear for dyslexics. This doesn’t necessarily mean they’ll be ‘bad’ spellers, but it does mean their spelling may be littered with oddities.

A dyslexic child may use mostly phonetic spellings (at an age when her classmates don’t), or spell the same word two or three different ways on a single page, or jumble up letters within a word (e.g. ‘siad’ for ‘said’).

The way the child hand-writes may be a little strange, too. She might form some letters back-to-front (again, at an age when her classmates don’t), or use a mixture of small letters and capitals. Older children and adults with dyslexia will often dispense with small letters altogether and just write in all-caps.

(Take a look are our examples of dyslexic spelling at different ages, if you’d like to see what this looks like in practice.) 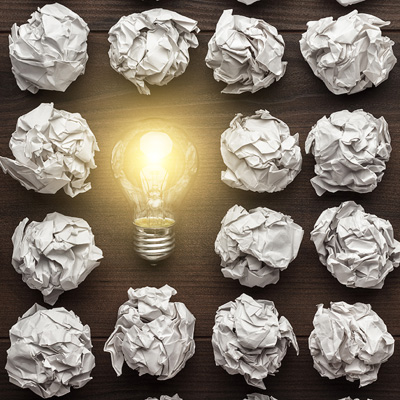 In both written work and in conversation, a dyslexic child might appear prone to rambling or randomness. The creative problem solving ability that’s linked to dyslexia may lead him to ask unusual questions, or come up with outside-the-box solutions to problems.

However, the unusual way that a dyslexic child’s brain orders information – plus the common dyslexic trait of weak working memory – may mean that he bounces from subject to subject. He might struggle to give short, succinct answers to questions. Or, if distracted momentarily, he won’t be able to recapture his train of thought.

Dyslexic children are also prone to making verbal slip-ups while speaking (especially if speaking under pressure), so he may call objects ‘thingamy’ or ‘whatsit’. He may substitute a similar but wrong word for the one he means (e.g. ‘door step’ instead of ‘door mat’). Or, he may jumble up the order of sounds in a word (e.g. ‘aminal’ for ‘animal’), at an age when his peers have outgrown such mistakes.

The idea that dyslexia is just a fancy term for stupid is, of course, a myth. But a dyslexic child may nonetheless joke that he’s stupid.

A dyslexic child may ‘mentally check out’ of school

With intelligence comes an acute awareness of where you lie in the class pecking order. A dyslexic child will know she’s making mistakes; she’ll know she’s not producing work that does justice to her ideas – and she’ll care deeply about these inadequacies.

Therefore, she’s likely to make self-deprecating comments or even ‘mentally check out’ of school.

Dyslexia runs in families, so one of the most concrete signs of dyslexia in your child is likely to be a family member who has been diagnosed with dyslexia… or one that displays some of the traits discussed in this post!