Spelling causes problems for almost all dyslexics. This means, as a dyslexic child gets older, she may end up with a ‘spelling age’ that’s years behind her real intellect.

Part of the issue is that English-speaking spellers don’t have it easy. We call English an opaque or non-transparent language, because it doesn’t follow a regular, consistent set of rules.

In English, you can’t rely on a word being spelled the same way that it’s spoken. Instead, children have to master spelling rules. (These rules tell us, for example, that sometimes we should spell words that end in an /ee/ sound with a Y.) However, a lot of dyslexic children simply never master spelling rules.

Some dyslexics will continue to spell words the way they’re spoken, peppering their work with phonetic spellings (e.g. ‘sed’ instead of ‘said’), long after their peers ‘grow out’ of this habit.

Other dyslexics do manage to progress past phonetic spellings. But they won’t quite recall the spelling rule. So a dyslexic speller might end up spelling the same word two or three different ways on the same page! 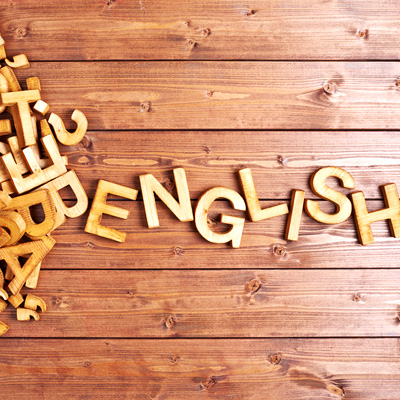 Another common dyslexic trait is using all (or most) of the right letters in a word, but putting them in the wrong order (e.g. writing ‘siad’ instead of ‘said’). This is because dyslexics have problems with sequencing – putting things in the right order.

A dyslexic child may also scatter her work with letters that are formed back to front. It sounds silly to non-dyslexics, but many dyslexics simply forget how letters are supposed to be formed!

Dyslexic children struggle with direction and telling left from right. This means that, when a younger child puts pen to paper to form a ‘d’, she draws a stem, but then forgets which way the letter is supposed to bulge, so she ends up writing ‘b’ by mistake.

A mix of capitals and small letters

The confusion surrounding letters like ‘b’ and ‘d’ may also cause a dyslexic child to switch to capital letters when writing these letters (even in the middle of a word). Indeed, work that contains a strange mixture of lower-case and capital letters is another tell-tale sign of dyslexia, which may persist into their teenage years and beyond.

As a coping strategy, a child may write in all caps

A dyslexic child might simply forget the difference between capital letters and small letters, because she doesn’t quite remember which is which. Many dyslexics also find forming letters on the page so hard that they just stop using small letters altogether. As a coping strategy, therefore, a child may write in all caps. (This is particularly the case with dyslexic children who have dyspraxia traits.)

Parents may identify particular quirks when it comes to how their dyslexic child approaches spelling. The first is that she’ll struggle to use a dictionary. This is because a dyslexic child’s visual memory of the word is likely to be fuzzy. So she may not have even a rough idea of how it’s spelled, and won’t be able to go to the right place in the dictionary.

What’s even more confusing for parents is that a dyslexic child might actually do very well in a spelling test… but fail to spell those same words correctly in her written work.

The dyslexic traits that make spelling harder – like weak working memory and left/right confusion – tend to get worse when a child is under pressure or multi-tasking. Once she has to concentrate on ordering her thoughts and writing out an assignment, her working memory is too overloaded to also hang onto the correct spellings.

It’s a great shame that poor spelling is often perceived as ‘sloppy’, when dyslexic spellers are usually trying 10 times harder than their classmates.

However, with the right support – and using techniques that play to their strengths, not their weaknesses – dyslexics can often become better-than-average spellers in the long run.